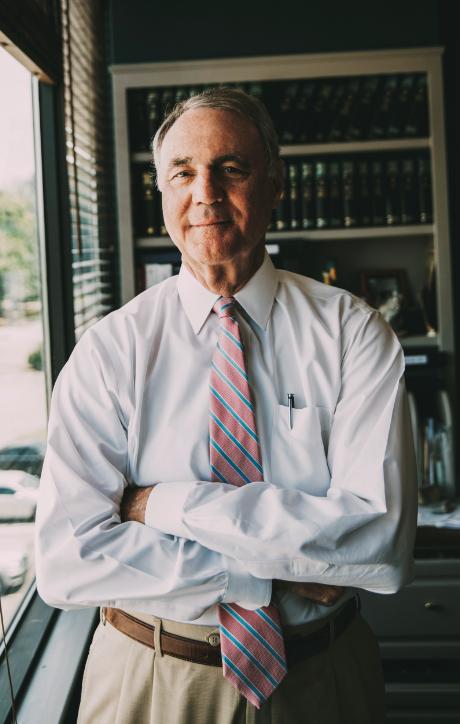 Bill is a native and life long resident of Huntsville and Madison County. He was born on his grandfather’s farm at Jeff, Alabama, July 20, 1944. He attended public schools in Madison County, Alabama, and graduated from high school at Battle Ground Academy, in Franklin, Tennessee. He holds a B.A. degree from The University of Alabama (1966), and Juris Doctorate degree from Cumberland Law School (1970). Currently Mr. Johnston practices law in the law firm of Johnston, Moore & Thompson, which he founded with his father in 1975. He is married to the former Claire Smith of Athens, Alabama, and they have two wonderful children, Anna Clay, and William H.Johnston, III, who graduated in 2001 from The University of Alabama in Tuscaloosa and currently attending Graduate School at the University of Alabama, Birmingham.

Since forming Citizens Independent Bank in 1984, Mr.Johnston’s practice has focused primarily on financial and investment matters. He served as General Counsel to Citizens Independent Bank for eight years and is well versed in investment, financial, and real estate matters. Currently, he is actively involved in the firm’s real estate practice with a focus on business transactions.